You wouldn't Believe It! 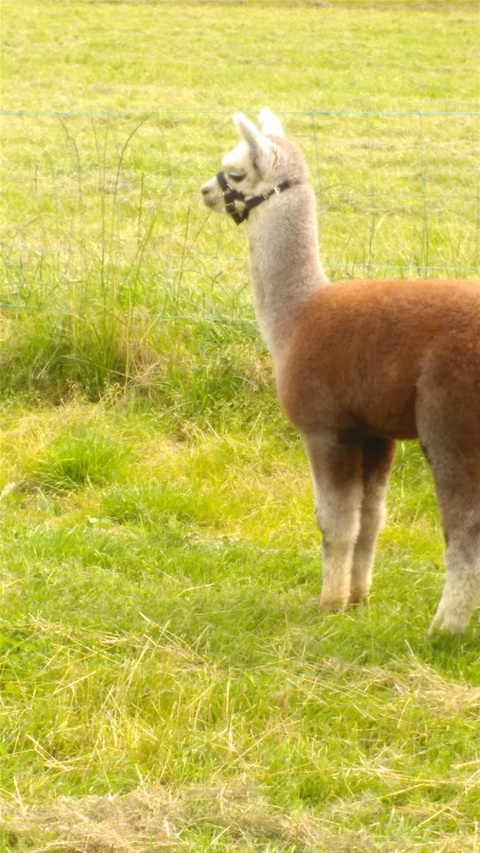 It's been several weeks since my last news bulletin concerning our alpacas. Bronson, our first born is now just over 12 weeks old as I write this. He has grown extremely quickly. Blanchett is four weeks younger but is not as big but she is mad with a capital M. She jumps and runs around each of the paddocks and would make you laugh. She is friendly but not as interested in being rubbed down or tickled as Bronson. Speaking of which, since I last reported, we have put a halter on the big boy once a week for the last three weeks in order that he can be halter-trained and so we can bring him on a lead to shows etc. It has been so much easier than was expected. Blanchett however will be more difficult, but I'm sure it will be rewarding.

Everyday should be a school-day and yesterday certainly was. I received a phone call from my youngest daughter who informed me that Apollo (one of our two mothers) was missing a tooth and that it looked as though it had just fallen out. I was somewhat worried that we were doing something wrong and so I did some investigation on the internet. Do you know what I discovered? Probably not - well, alpacas have baby teeth and will lose them from the age of 2 years and three months old. And guess what age Apollo is - that's right, 2 years and three months. It seems so strange that an animal that can produce babies can still have its baby teeth.

Things are going along nicely here at Hilltopfarm and our two mammy alpacas - Apollo and Astra - will be with us a year in a few weeks time. Its hard to believe and its also hard to remember what we spent our time at before these fabulous animals arrived here.

Attached is a photo of Bronson haltered and looking much older that his actual age.