That Time Of Year Again 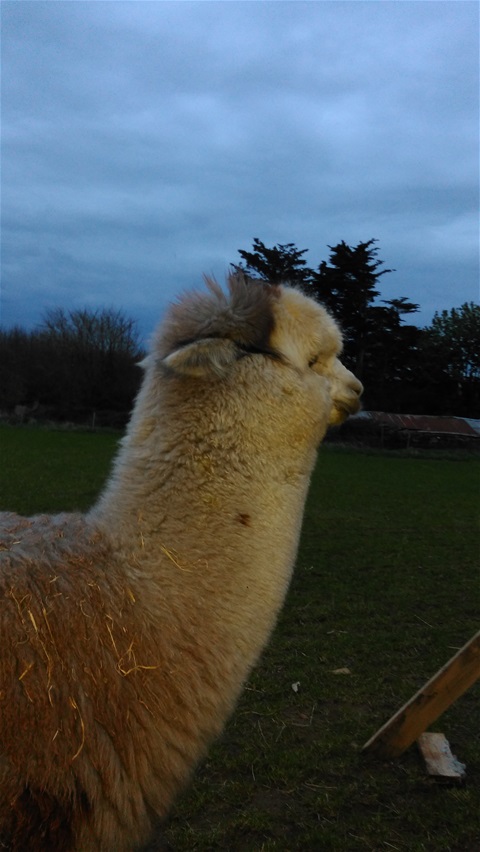 Around this time last year I began my blogs. It sure doesn't seem like a year has passed, but it has. So much has changed on Hilltop Farm Alpacas in that period - our cria were born, weaned and have grown up; a bigger area has been fenced for them AND we have acquired two more alpacas of similar age to our Bronson and Blanchett. The two newbies are Bella - a girl and Hercules - a boy and both have settled in really well. It shows just how much of a social animal alpacas are.

Anyway, Apollo and Astra, our mother alpacas (the originals) are due to give birth in the next few weeks and following that, wool shearing is next on the calendar.

The background work on our alpaca farm is far greater than one would expect, but that said, it is enjoyable because the animals make it so. Bronson is still an attention seeker and when anyone comes to visit he makes himself known so that he can receive the admiration he craves. But when you see him, he is impossible to ignore. He leans forward for a kiss and his lovely big dark eyes stay with yours.

Yesterday we separated the boys from the girls and now Bronson and Hercules are keeping each other company in their own paddock. They ran and ran around the paddock in the evening while the ladies just watched, eventually taking flight but not with the same intensity as their male counterparts.

In a couple of weeks time things will become busier with births and minding the cria that hopefelly are born fine, developing a 'link' with them and giving them the requisite jabs and medical stuff.

This is the best time of year on an alpaca farm and you should try to get to visit one if you can. You'd never know, you might even find yourself investing in a couple in the future.