You've Got To Learn To Progress 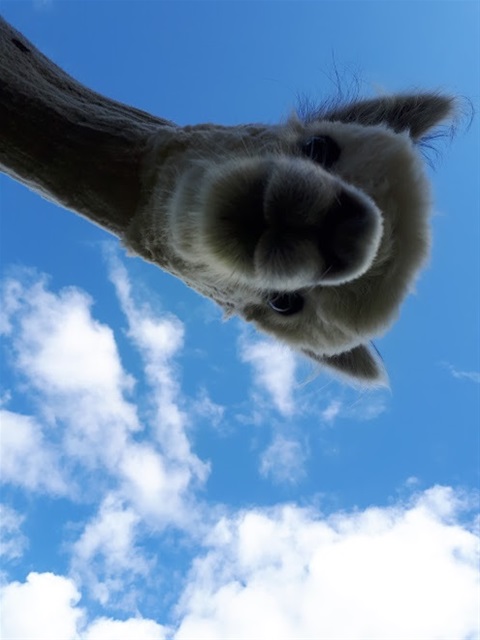 No matter how good you think you are doing at something there's always room to improve. This is a lesson I learned the hard way this weekend.

The Tullamore Show was held on Sunday 13th August in the midlands town of...yes you guessed it, Tullamore. It is the largest one day agricultural show in Ireland which hosts livestock and equestrian competitions among much more, and included a contest for alpacas this year. The actual competition was a 'Fleece Off' cotest whereby the animal's shorn fleece and their stature were examined separately and the combination of both scores provided the overall placement in their categories.

The fleece was examined by the competition judge (from Warickshire, England) on the day prior to the show. But it's not only the make-up of the fleece that is examined. I had thought that I was in with a chance of some good prizes because I considered the four animals that we entered to be of good quality and their fleece was in good condition too.

But I was wrong.

Little did I know that the fleece needed to be cleaned when being presented. We had removed as much of the dirt as we could but the dust collected by the animals in the fibre was still in there because I had failed to shake it out. A big mistake because it meants our animals' fleeces were marked down on the score-sheet for this oversight.

In saying that however, we still managed to leave the show with four rosettes. Bella our Intermediate Fawn girl was first in her category. Our white boy, Hercules, was third in his category. Unfortunately our black girl, Blanchette was last in her category and her fleece was dirty and I knew it when I submitted it. A big mistake not to have made a better attempt at cleaning it.

But Bronson, our grey boy finished second in the Any Other Colour category. He had been marked as first place on his stature but the fleece mark let him down. But, the last prize given out on the day was to Bronson - HIGHLY COMMENDED. The judge said he was the best looking animal at the show of the 45 there. People kept telling me that the judge was continually admiring him and he even took a photo of him. But the best comment was his last when the judge told me that Bronson would win any competition in the UK for greys. But if I had cleaned his shorn fleece correctly before submitting it to the competition I could have done better.

In fact all of our entries could have done better. But that's a lesson learned. It seems that you have to make mistakes to improve, once you take the new information and learn from it.

Next year I will have better entries to this competition and that will be because I will have learned from this mistake. Its progression in a relatively new venture for us and we are learning as we go. We know and practice the important basics and do them well but we are always looking to improve and learn.

The photo attached is of Bronson looking down at me with his cute teddy bear look.