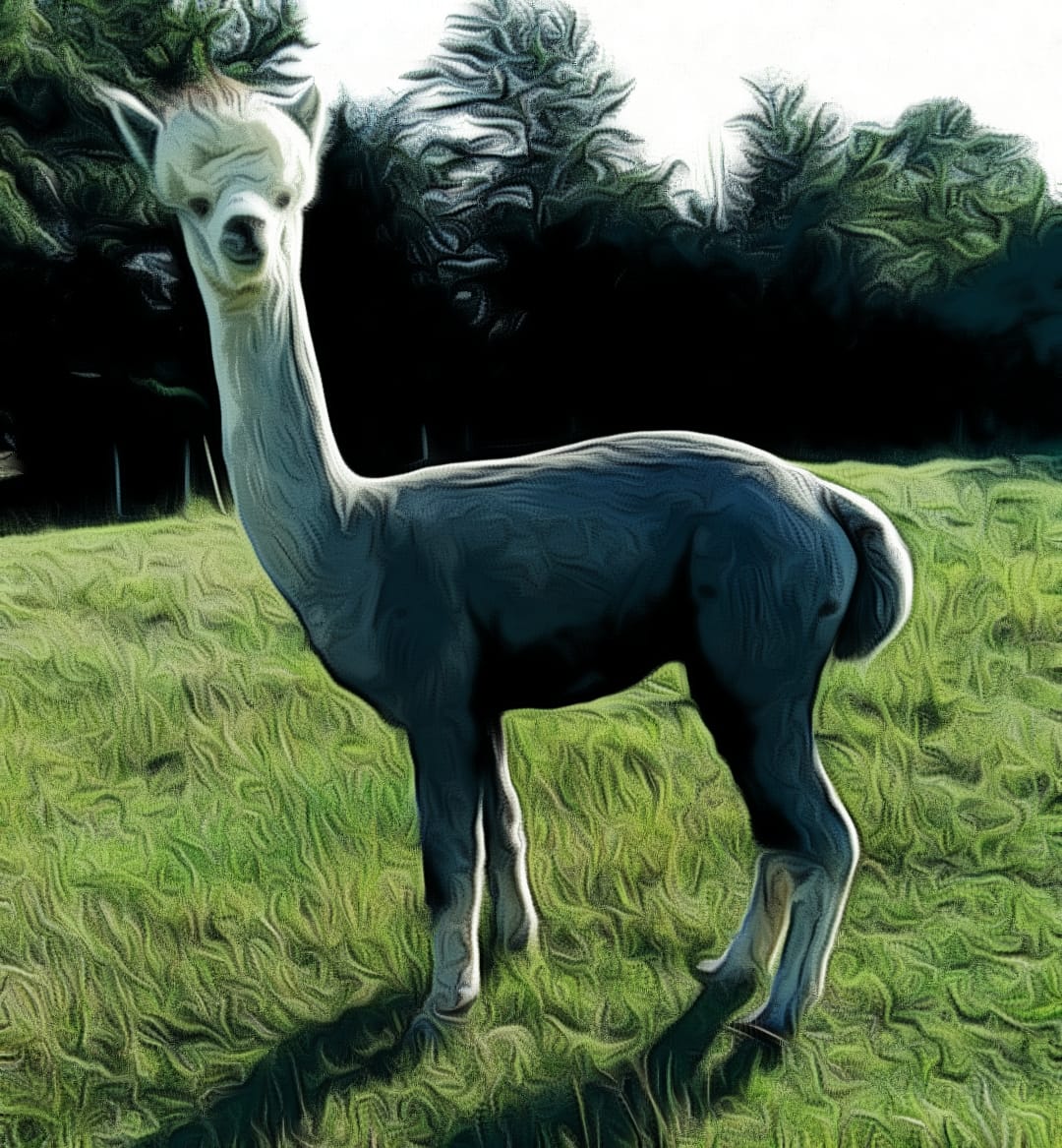 Bronson was born in 2016 and is a fabulous animal. He has a grey fleece with coloured spots running through it. His fleece is extremely dense. He has very successful in the national competitions with many first place results and has for three successive years been in the overall male finals. Bronson has a fantastic temprament and loves human attention. This trait comes through in his progeny. His mother Apollo also lives on this farm.

Hercules was born in 2016 with a relatively mild temprament. His has a white fleece with a very small brown spot on his back. His fleece is long and dense. Hercules's colour follows through to his progeny without the brown spot. His progeny also enjoy human contact and has a quiet temprament.