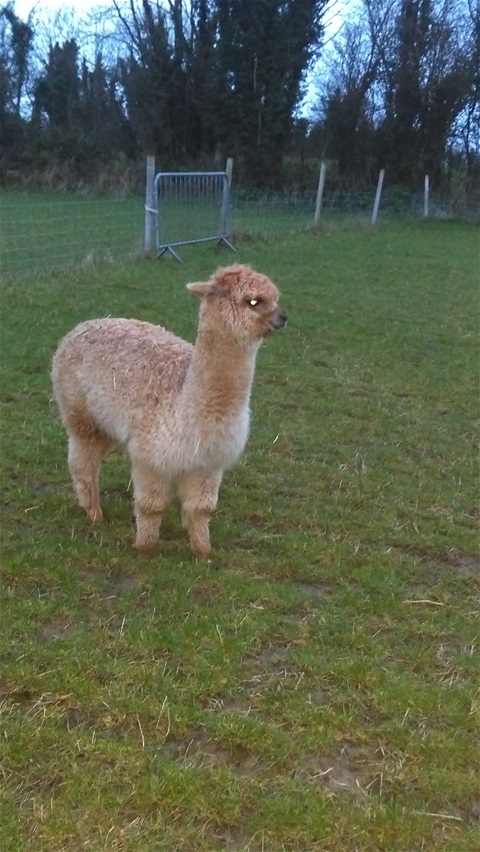 Hilltop Farm Alpacas has grown since I lasted posted here. Yes, that's right, we've added to our stock. As of last weekend we have a nine month old girl we acquired from an alpaca farm just outside Drogheda called Mullagh Lane Alpacas. Our new girl has been named BELLA in keeping with the existing 'B' names. She is a sweet little thing covered in fawn coloured fleece who we hope will be able to produce young cria genetically unrelated to our existing alpacas, when she is old enough.

Bella has been settling in over the week and is beginning to getused to her new surrouundings and friends and she is also beginning to know and trust us too. Alpacas are very sociable animals and like to live in groups. But there is one of our older girls who is a little unhappy that there is a 'newbe' in the group. But she will come around in time.

I have attached a photo taken of her on her arrival and she looks contented enough, even though there were signs that she missed the group she came from. But she looks to be good at making new friends and withing another week or so she'll look as though she had always lived here.

It's amazing how much you can learn about these fabulous docile animals just by observing them and there are probably a few things we as humans could learn from their interactions with each other.